The Offshore Wind Energy Act was promulgated in the Bulletin of Acts and Decrees today and will enter into force on 1 July 2015. Accordingly, the Minister of Economic Affairs, Henk Kamp, has achieved his objective of guiding this law through the House of Representatives and the Senate in time. Entry into force of the Act on 1 July 2015 was necessary, according to the Minister in his letter to Parliament of 29 May 2015, to be able to perform the agreements under the Energy Agreement for Sustainable Growth on increasing the share of renewable energy generation.

With the timely entry into force successfully arranged, the Minister now intends to open the subsidy tender with regard to the first two sites in the Borssele wind farm zone (Borssele I and II) in early December 2015. According to information from the Netherlands Enterprise Agency (RVO), subsidy applications may be filed between 1 December 2015 and 31 March 2016, 5 p.m. The requisite application form will be made available in autumn via the RVO’s website, along with a manual. To have the tender run smoothly, it seems that an opportunity will be provided to file a draft application with the RVO so that a check-off can be obtained and the formal application will not be non-compliant with the requirements.

For completeness, in order to realise a wind farm, other regulations are relevant in addition to the Offshore Wind Energy Act. Some of these regulations are currently being developed. Please refer to the overview below. 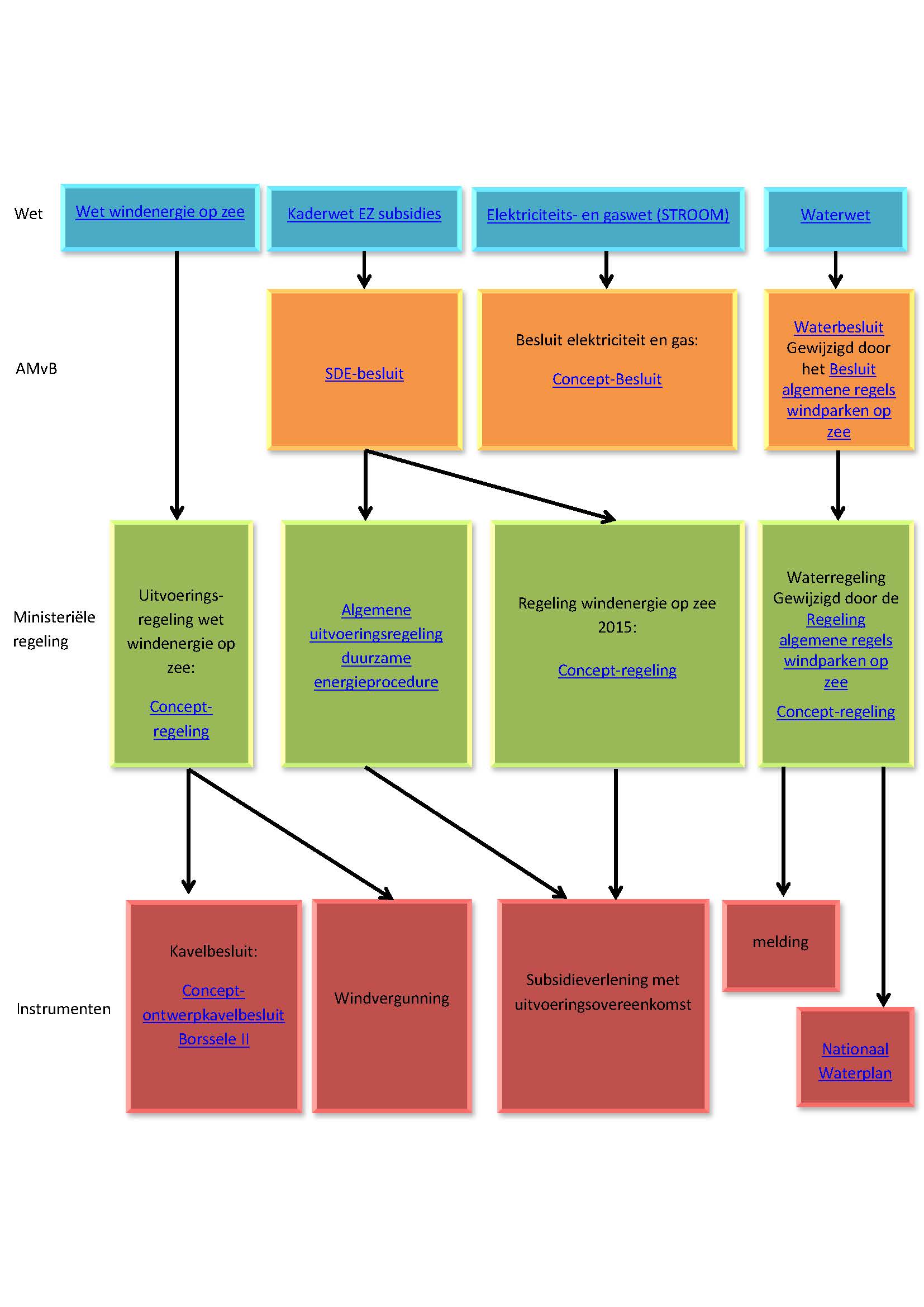 For an overview of all English posts published on Stibbeblog regarding Offshore Wind Energy, please click here.

The post ‘Offshore Wind Energy Act to enter into force on 1 July 2015’ is a post of Stibbeblog.

To fulfil your career ambitions in Amsterdam, London or New York, please click here to visit our career website.